Tucson Jazz Festival tickets will go on sale to TJS members next Wednesday 9/10/14 at noon. The pre-sale for TJS members will end at noon on Friday 9/12/14. The festival is also offering a 10% discount to TJS members on all the $45 tickets for all the Fox and Rialto shows EXCEPT for Burt Bacharach. The ticket discount Code is for TJS members only. Upon new membership, you will be entered into our membership email list and then we can send you the code. Sign up as a new member today for the code!

It’s great to be a member of the Tucson Jazz Society.

If you are not a member you can SIGN UP TODAY.

Learn more about this amazing lineup at tucsonjazzfestival.org 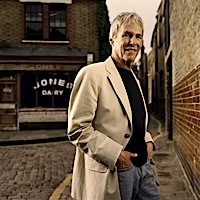 Burt Bacharach has been one of the most-honored and successful composers for six decades. His music continues to set industry records and creative standards. He grew up in New York City where he used to sneak into the clubs on 52nd Street to hear Dizzy Gillespie and Charlie Parker, two musicians he credits with having a major impact on his career. His songs have been recorded by many jazz musicians, such as Stan Getz, Wes Montgomery, Diana Krall, McCoy Tyner and the Metropole Orchestra. Bacharach’s credits read like the world’s favorite radio stations’ playlist: “Alfie,” “Arthur’s Theme,” “Close To You,” “Do You Know The Way To San Jose,” “I Say A Little Prayer,” “I’ll Never Fall In Love Again,” “The Look of Love,” “This Guy’s In Love With You,” “Walk On By,” “What The World Needs Now Is Love,” are among his 48 Top 10 hits, nine #1 songs.

Legendary jazz drummer and NEA Jazz Master Jimmy Cobb was born in Washington, D.C. on Jan. 20, 1929. The only living member of the classic “Kind of Blue” band led by Miles Davis, Cobb played with Davis from 1957 until 1963 on recordings including “Sketches of Spain,” Someday My Prince will Come,” and “Porgy and Bess.” Before joining Davis, Cobb played extensively with Dinah Washington, Billie Holiday, Pearl Bailey, Clark Terry, Dizzy Gillespie and Cannonball Adderley. After leaving Davis, he played with the Davis rhythm section backing many jazz greats and then worked with Sarah Vaughan for nine years. Cobb continued to freelance with several great groups throughout the next four decades including Sonny Stitt, Nat Adderley, Ricky Ford, Hank Jones, Ron Carter and The Great Jazz Trio with Nancy Wilson, Dave Holland and many others worldwide. He tours extensively with his Cobb’s Mob and performs with other artists.

Joey DeFrancesco, jazz organist, pianist, trumpeter and vocalist, was a prodigious talent at an early age. At 10 he played in a band in his hometown Philadelphia with Hank Mobley and “Philly” Joe Jones. At 16 he signed with Columbia and at 17 Miles Davis invited Joey to join his band. Joey has played and recorded with some of the world’s greatest musicians including Ray Charles, Bette Midler, David Sanborn, Jimmy Cobb and George Benson. Today he has matured into living legend status. The two-time Grammy nominee, Down Beat Critics Poll and Readers Poll winner year after year, is recognized as a Master of the Jazz Organ. With more than 30 recordings as a leader and collaborations with many of the top names in modern jazz, Joey is one of the current jazz scene’s true trailblazers.

Allan Harris, vocalist, guitarist, arranger, writer and producer, has been described as “a relaxed and tasteful crooner” by Stephen Holden of the New York Times. Tony Bennett praised Allan’s technique and integrity and called him “my favorite new singer.” Harris’ production company has produced, among others, three concert programs for Sotheby’s, the last of which was Unforgettable, the Songs of Cole a tribute to Nat “King” Cole, which was also recorded for XM Radio. Since then, Harris has reprised his tribute to Cole at the Kennedy Center where it was recorded for his next release. Harris has sung and recorded with world-acclaimed jazz pianists such as Cyrus Chestnut, Bill Charlap, Eric Reed, Benny Green, Bruce Barth and Tommy Flanagan.

Billy Childs, pianist and composer, was born in LA and demonstrated an aptitude for piano as early as age six. At 16 he entered the USC-sponsored Community School of the Performing Arts, and then attended USC as a composition major. He apprenticed with Freddie Hubbard and J.J. Johnson and began a solo career in 1988, with “Take For Example, This…” Childs was awarded a Chamber Music America Composer’s grant and the Doris Duke Performing Artist Award. He also has received number of orchestral commissions and has garnered ten Grammy nominations and three Grammy awards. Upcoming projects include a piece for Duke University composed for ensemble featuring Dianne Reeves and the Ying Quartet and a recording a re-imagining of the music of Laura Nyro. Funding for Billy Childs’ appearance is from the National Endowment for the Arts and the Doris Duke Charitable Foundation through the Western Jazz Presenters Network.

JD Souther, composer, singer, guitarist, played a key role in the formation of the Eagles and co-wrote the band’s hits “Heartache Tonight,” “Victim of Love,” “New Kid in Town,” and “Best of My Love,” and Don Henley’s super hit “The Heart of the Matter,” as well as writing three Linda Ronstadt classics. Souther’s album “Midnight in Tokyo” (eONe Music) is a recent live collection of his originals alongside Duke Ellington and Ray Henderson: an album he describes as “rough and smooth and wonderful; saloon music in the night.” Souther is featured on the hit ABC show “Nashville” as legendary producer, songwriter and mentor Watty White.

The Tucson Jazz Institute Ellington Band comprises high school musicians from schools from Rio Rico to Phoenix. Led by Doug Tidaback, they are the 2013 and 2014 winners of the #1 high school big band in the nation from the Essentially Ellington Competition at Jazz at Lincoln Center. They were the winning community big band at the Monterey Next Generation Jazz festival in 2012 and won a spot at the Monterey Jazz Festival. They were named best community jazz band in the 35th Annual Student Music Awards in Down Beat magazine in May 2012. Their alumni have attended the most prestigious schools in the nation and many have gone on the major careers in jazz.

Dave Bennett, clarinetist, is an authentic, self-taught musical prodigy who brings to life the classic sound and music of Benny Goodman and other clarinet greats with incredible technique, style, beauty of tone and naturalness. Dave made his Carnegie Hall debut on November 1, 2013 featured with The New York Pops. Benny Goodman’s famous band members guitarist Bucky Pizzarelli and pianist Dick Hyman all strongly endorse Dave Bennett as “the closest ever” to Goodman’s sound and style. Dave is also an extremely talented “rock-a-billy” performer. He is gaining increasing fame for his work playing boogie-woogie piano in the style of Jerry Lee Lewis, vocals that have a strong tinge of Elvis, and playing his “rocking” Gretsch electric guitar, inspired by Brian Setzer. 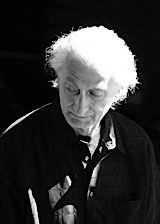 Armen Donelian, pianist/composer has had an enviable 40-year career. Donelian apprenticed with a series of jazz giants starting in 1975 with Mongo Santamaria, where he presided over the piano chair once filled by Herbie Hancock and Chick Corea. Two years later, Sonny Rollins recruited him as a sideman for several tours. In the midst of his four-year tenure with Billy Harper’s band, he made his recording debut with 1981’s Stargazer, a trio date with Billy Hart and Eddie Gomez featuring his original compositions. Donelian has consistently explored his Armenian roots in his music and recorded for several labels with the Middle Eastern jazz ensemble Night Ark and he co-produced (with producer George Avakian) Listen to My Heart, a Sony collection of jazz interpretations of Armenian folk songs. Donelian has authored several authoritative texts, including Training the Ear and Whole Notes. This performance is sponsored by the Udall Law Firm.

Robert Glasper, piano, had a strong musical influence in his mother who played piano and sang in church as well as in jazz and blues clubs in Houston. After studying at NYC’s New School, Glasper began performing with Christian McBride, Kenny Garrett, Terence Blanchard and Roy Hargrove. After releasing his debut album Mood in 2003, Glasper signed to Blue Note Records. Two acclaimed acoustic albums followed—Canvas and In My Element before he perfectly captured his unique duality with 2009’s Double-Booked which juxtaposed his acoustic trio and hip hop-infused Experiment band. RGX’s 2012 Black Radio featured notable vocalists and reached beyond entrenched genre boundaries to create a singular vision that drew from all reaches of contemporary black music and it won the 2013 GRAMMY for Best R&B Album. RGX upped the ante with Black Radio 2 (2013), another genre-defying effort that took the Black Radio blueprint to even greater heights.

The Hot Sardines, a 1920s style jazz band, manage to invoke the sounds of a near-century ago while staying in step with the current age. Takes a blustery brass lineup, layer it over a stride-piano virtuoso in the Fats Waller vein, and tie the whole thing together with a female vocalist whose style is from another era and you have The Hot Sardines! This concert is part of the UApresents’ jazz series.