Agenda
Agenda
Day
Month
Week
May – June 2014 May – Jun 2014
Collapse All Expand All
May
24
Sat
Live Webcast from Jazz at Lincoln Center: McBride & Rosenwinkel @ Pima Community College Center for the Arts West Campus
Tickets
May 24 @ 12:00 am

On May 23, Jazz at Lincoln Center presents its second JLCO Hosts concerts featuring a collaborating between the Jazz at Lincoln Center Orchestra with Wynton Marsalis and two of contemporary jazz’s finest artists. Music director Wynton Marsalis and drummer Ali Jackson present the compositions of a pair of Philadelphia-born, post-Boomer virtuosos— bassist Christian McBride and guitarist Kurt Rosenwinkel. Associates since the 1980s, both Rosenwinkel and McBride attended Creative and Performing Arts High School in Philadelphia where they expanded their musical network with future Philly greats like Joey DeFrancesco and Ahmir “Questlove” Thompson of The Roots.

Rosenwinkel’s JALC debut will culminate a musical relationship with Jackson that began two decades ago at Smalls in Greenwich Village, where Rosenwinkel refined his individualistic guitar sound and influential compositional concept, blending dense harmonies, gorgeous melodies, and complex forms with, as Jackson states, “a very conscious and present understanding of the blues and what the blues are in jazz music.” 2012 GRAMMY® Award winner McBride will continue a relationship with JALC that began in 1995 (not long after he emerged as an all-time great on his instrument), when Marsalis, whom he met in high school during the latter ‘80s, commissioned him to write “Bluesin’ in Alphabet City.” The full Jazz at Lincoln Center Orchestra appears. Jazz at Lincoln Center’s 2013-14 Concert and Education Season boasts a diverse range of artistry and embodies the concept “all jazz is modern.” 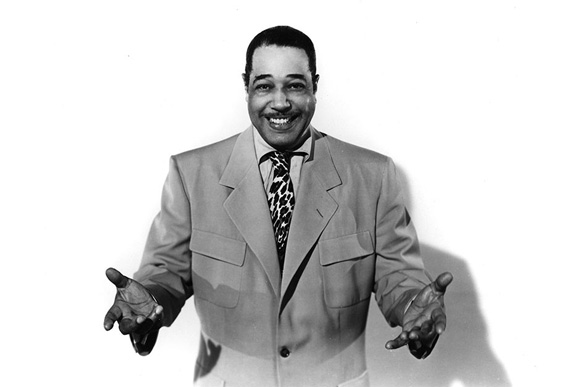 Duke Ellington is the foundation of Jazz at Lincoln Center’s aesthetic. On this program, the Jazz at Lincoln Center Orchestra with Wynton Marsalis draws from its already deep well of Ellingtonia with arrangements that shed light on the depth and complexity of the maestro’s all-modernistic-all-the-time corpus. His music was known for its unique ability to illuminate any setting, from the night club, to the dance hall, to the concert hall. Ellington, who wrote over 3,000 compositions during his career, won 13 GRAMMY® Awards alongside numerous other honors, including citations from two presidents. The New York Timesrefers to “Ellington’s ability to mash together, like some improbably graceful garbage compactor, stylistic elements from all eras, from jazz, classical, folk and any other idioms that happened to strike his fancy” Ellington’s distinctly democratic vision sets the stage for an evening sure to be modern in many contexts. “The Clothed Woman,” a rarely heard yet accomplished work, will be featured.